Upgraded playlists to elevate the listening and discovery experience for K-Pop fans are available on Spotify’s K-Pop ON! It’s no secret that K-Pop

Upgraded playlists to elevate the listening and discovery experience for K-Pop fans are available on Spotify’s K-Pop ON!

It’s no secret that K-Pop is dominating the global music landscape as the genre and its artists continue to win hearts, change minds, and connect people across the world.

In line with this momentum, Spotify is heightening the K-Pop listening experience with a complete relaunch of its influential flagship playlist (and its accompanying Twitter handle), K-Pop Daebak, now known as K-Pop ON! (온).

With over 230% growth in listening and with almost 8 Billion monthly streams globally, the genre has definitely taken over Spotify – as noted by the over 4.7M searches for “K-Pop” on the platform across the last 90 days.

A Destination For K-Pop Fandom

K-Pop ON! (온) embodies the idea that ‘K-Pop is always on 100 for the whole world’. The new name is a double-entendre — combining the Korean word ‘온’ meaning, ‘100’, or ‘whole,’ with the English word ‘on’ to display the action of ‘turning on,’ a word that’s accessible to many languages around the world.

K-Pop has exploded into an infectious global phenomenon and is taking over the ’whole (온)’ world. Every day in the K-Pop dreamland, there are new songs, styles, and trends and the K-Pop fandom is always-on.

With K-Pop ON! (온), you’re not just turning on a playlist, you’re turning on the movement.

Kossy Ng, Head of Music, Asia at Spotify emphasized how as music lovers, we get how exciting the world of K-pop is and what it means to fans who follow it wholeheartedly.

“K-Pop stands out in the vast world of music as a genre that is not just about the music but a movement encompassing an entire world of fandom, fashion, community, and more. As the world’s leading music streaming platform, Spotify not only curates the listening and discovery experience of K-Pop but also takes on the role of a platform that drives the movement forward.”

“With K-Pop ON! (온), we aim to further elevate the experience for K-Pop fans, and become a catalyst for promoting both emerging and established K-Pop across the globe, connecting fans in authentic and creative ways.” – Kossy Ng

To celebrate the launch, K-Pop fans can also look forward to a wide swath of some of their favorite K-Pop artists including NMIXX, BTS, aespa, BLACKPINK, Red Velvet, NCT Dream, SEVENTEEN, ATEEZ and more on billboards around the world including LA, NYC, South Korea, Indonesia, Philippines, Japan and Toronto, with more exciting content to come across the platform and Spotify’s owned channels. 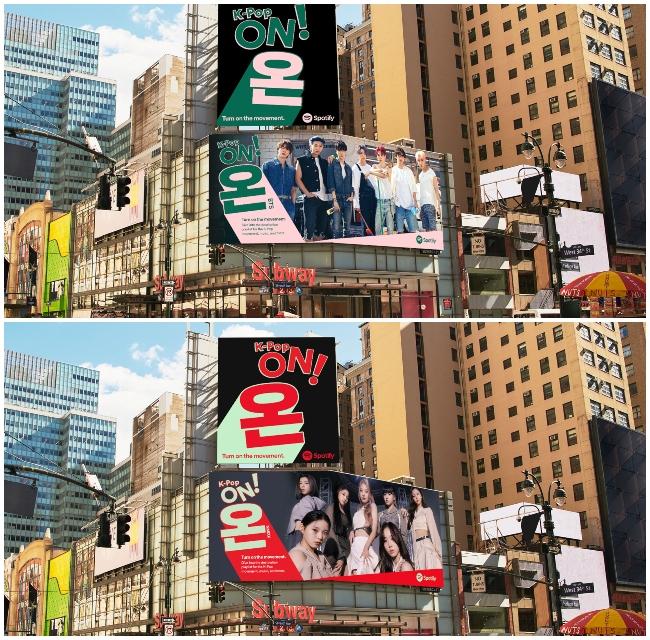 Since its launch in 2014, below are significant information collated based on the global users of K-Pop ON!

Top Female Groups On The Playlist

Top Male Groups On The Playlist

Annual Top Song On The Playlist

Make sure to keep tabs on Spotify’s K-Pop On!

Sustainability in Coffee – What to Consider 0

Coming to a laptop near you: A new type of security chip from Microsoft 0

Teaching English in Guangzhou: Interview With an ESL Teacher 0

Echo Dot vs Nest Mini vs HomePod mini: Which one to get? 0

What is a Lazy Eye Coffee Drink? Yet Another Eye Drink? 0