A Steep Learning Curve, But a Short Hill

BH Unlimited Update, Jan 9th 2022. How many of you became baristas because you found yourselves becoming increasingly fascinated by latte art? I kn

These Are The Best Coffee Cities in the U.S. in 2022
How to Make Beach Sangria Loaded Tea
How to Make Coffee in the Outdoors

How many of you became baristas because you found yourselves becoming increasingly fascinated by latte art? I know I did. To be specific, I was rehearsing with a Jazz band at a Maroubra beach shack, and during a coffee break, our saxophonist offered to make everyone coffee, and ripped a rosetta in front of me — using milk that he had steamed on his Gaggia Classic if you can believe that. This left an indelible impression on me.

Unfortunately at that point in coffee history, there was no online course to help my latte art get out of the blocks. However, to paraphrase David Schomer who actually coined the term latte art, Latte Art has a steep learning curve, but it’s a short hill. So I got there eventually.

This week we’re very pleased to say that we’ve just finished a big revamp of the MSLA course to try to level out that hill even more. When we wrote the Milk Science and Latte Art course, we purposely front-loaded it with loads of facts about dairy farming, and milk processing, and foam science. We wanted something to signal to baristas that milk is, or can be, a specialty product, too. But the effect was quite an intimidating course where the latte artists had to wait ages until they got to the good part, and the science boffins didn’t get enough science. So now we have the ideal solution for you — separate screens. An exclusive latte art course and certification on one hand and milk science in all its glorious detail on the other.

Over the holidays, we put together a post which helps unwrap (get it?) some of that surprisingly complicated stuff about slope and aspect. You’ll find several nice new animations which really help show you the big picture. But to give you the general idea, here’s an excerpt explaining the most significant factor influencing the amount of sunlight that reaches a coffee plant as the earth tilts on its axis:

To understand why the sun’s energy is more intense when it comes from directly overhead, imagine a beam of sunlight that is one kilometre wide. In summer, if you’re right on the Tropics, this beam of light comes directly from overhead and hits an area on the earth’s surface that is one kilometre across. Assuming that the area hit by that beam of sunlight is a square, 1 kilometre on each side, that ray of sunlight covers a total area of 1 km2. But when the Earth tilts away from the sun, the same beam of sunlight gets spread out over a wider area. In winter, if you’re right on the Tropic, then the midday sun is coming in at nearly 47 degrees from vertical. A bit of maths tells us that, at a 47 degree angle, the same amount of sunlight has to cover an area 1.46 km across. So, in winter, the same amount of sunlight is spread out over an area of ground that’s 46% larger. 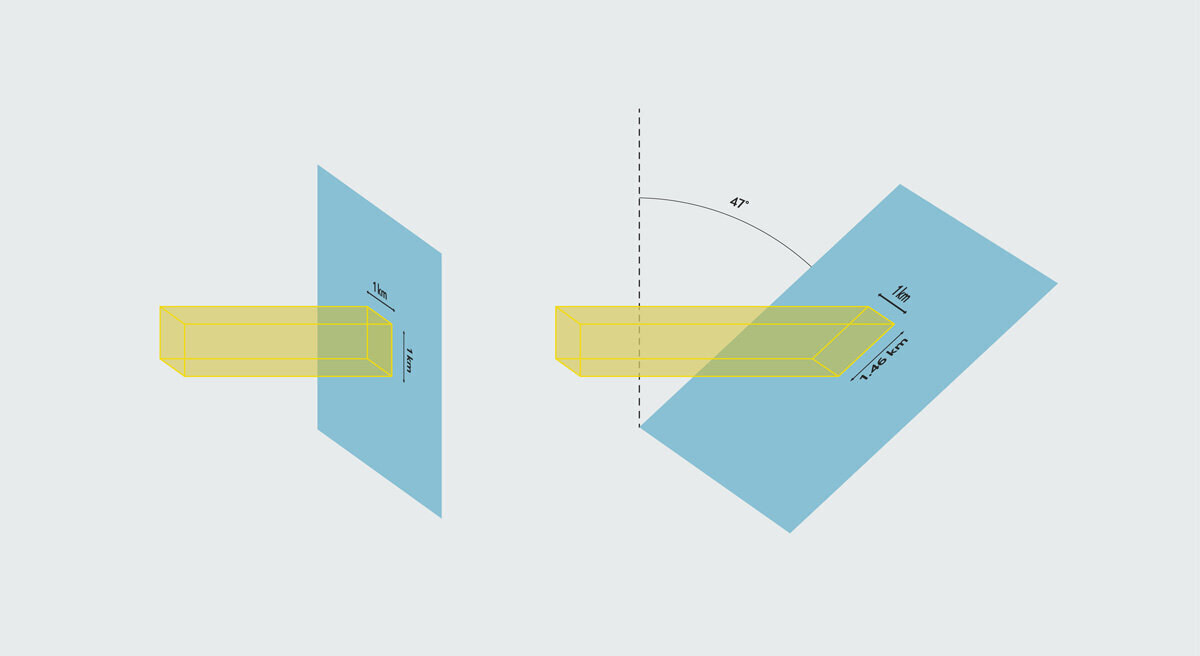 During winter, the sun is at an angle of 47 degrees, and the sun’s energy is spread out over an area of ground that’s 46% larger.

As always, we’re just an email away if you have any queries! Have great weeks and we look forward to seeing you next time.

To the Boundaries of Coffee,

When Should I Book? Planning Your Next Big Trip 0

Seasonal Eating: Getting the Most Out of Winter Vegetables 0

In a hybrid world, meeting the team is an event 0